Conception of an alphabet primer to pay tribute to my grandparents and my origins.

If I mention Sicily, what do you think? Mafia, poverty, ignorance ...?
I would say Rich and beautiful cultural heritage, ...!

ABC-Book : Sicily illustrated in 21 characters. (there is 21 letters in the sicilian alphabet, not 26)

Between prejudices and specialties. Here's how to reconnect with one's roots, while highlighting the culture of a region victim of prejudices. 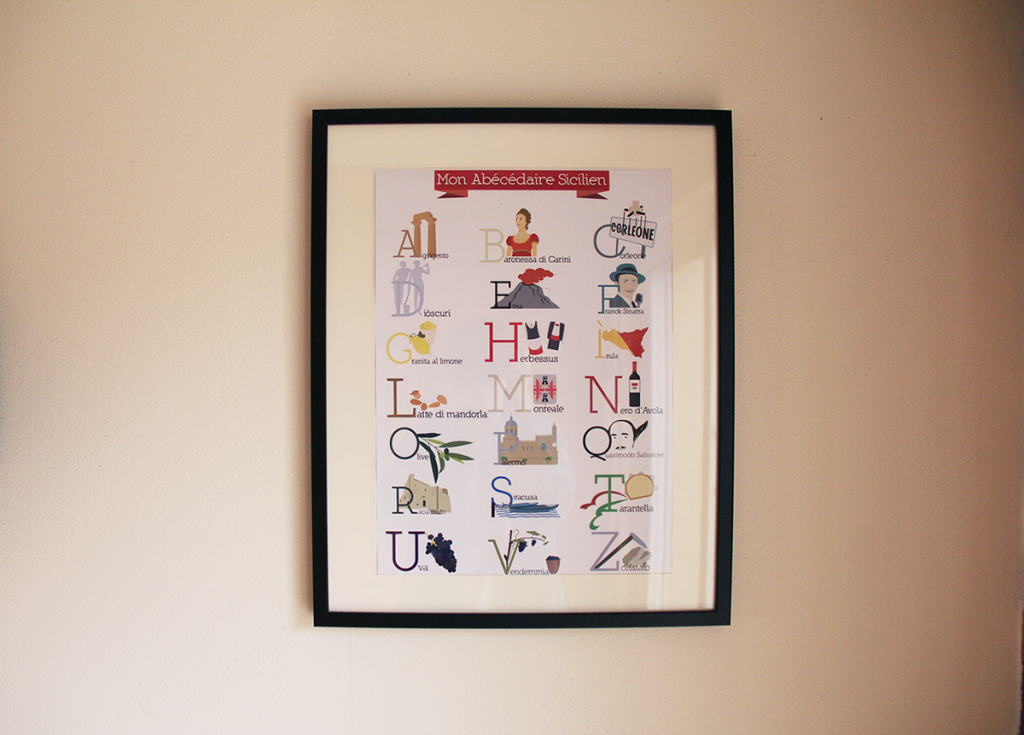 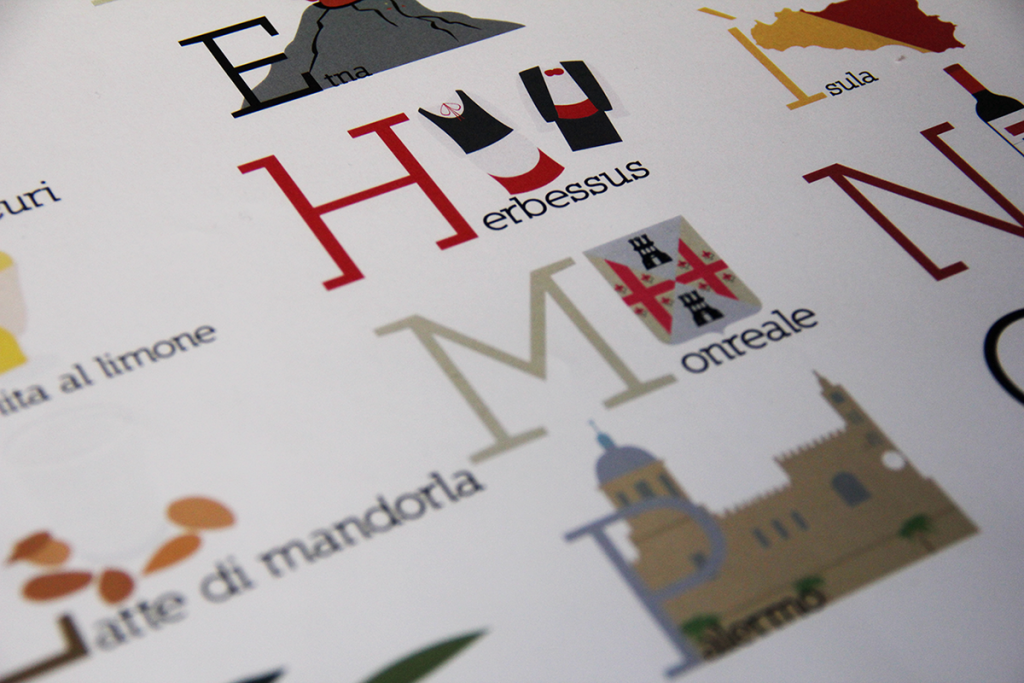 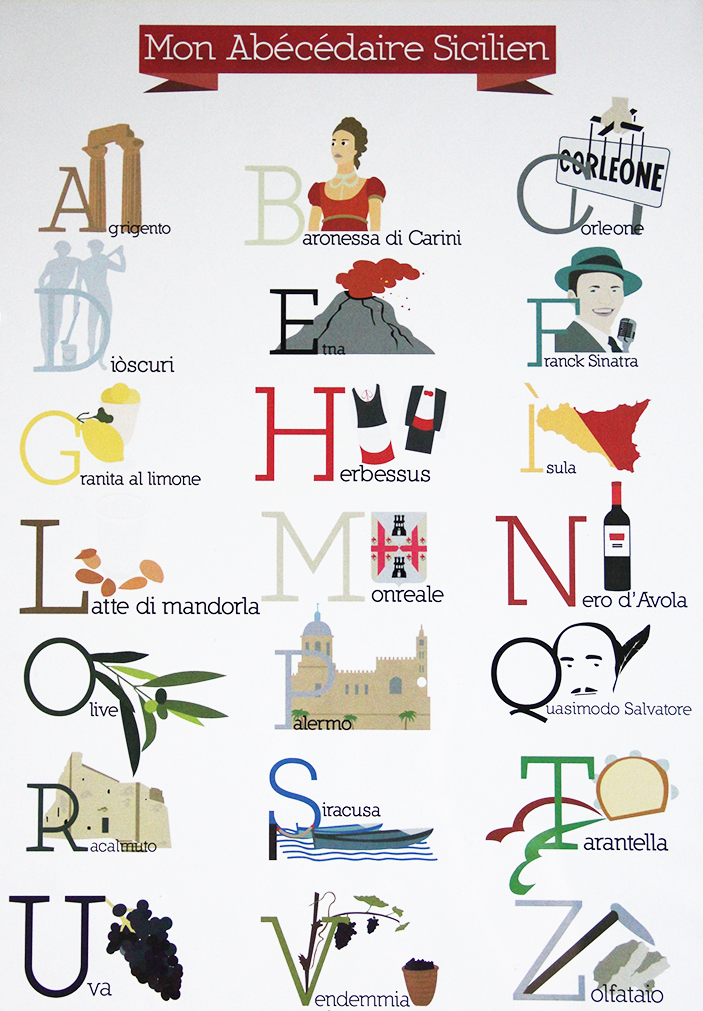 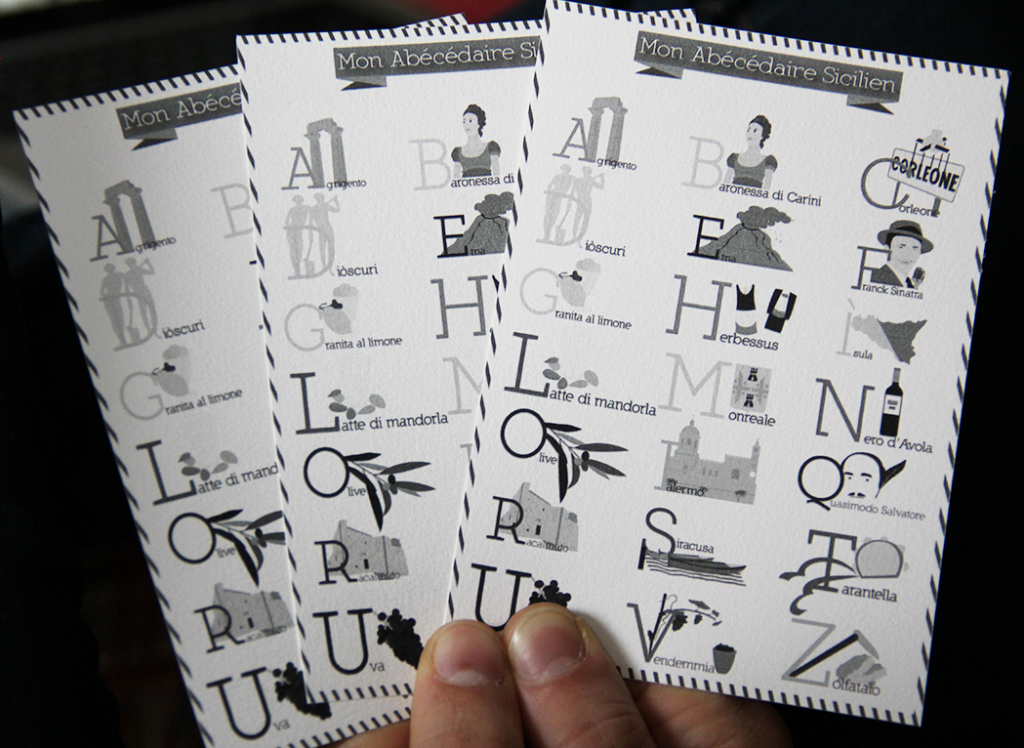